You are here: Home » Leadership Team 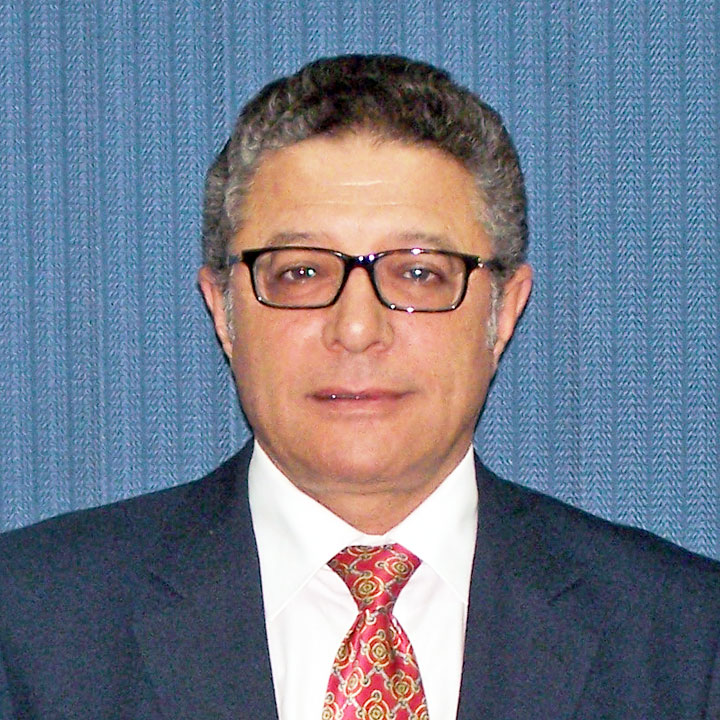 He started his Pfizer career as a Marketing Manager in Egypt in 1984, and spent the next 27 years in various management positions including General Manager and Country Manager of Pfizer- Egypt, before assuming the aforementioned CEO Pfizer Middle East position between 1998 and 2009.He began his career at Bristol Myers Company’s consumer Health division in 1980.

Dr. Roushdy is currently Co-chairman of the Pharmaceutical & Health Committee, American Chamber of Commerce, Egypt. Prior to that, he was Chairman of PHARMA (Pharmaceutical Research and Manufacturers of America) – Africa/ Middle East/ India/ Pakistan and Chairmanof PHARMA- Egypt. He holds Master’s Degree in Pharmacology, and Bachelor’s Degree in Business Administration. 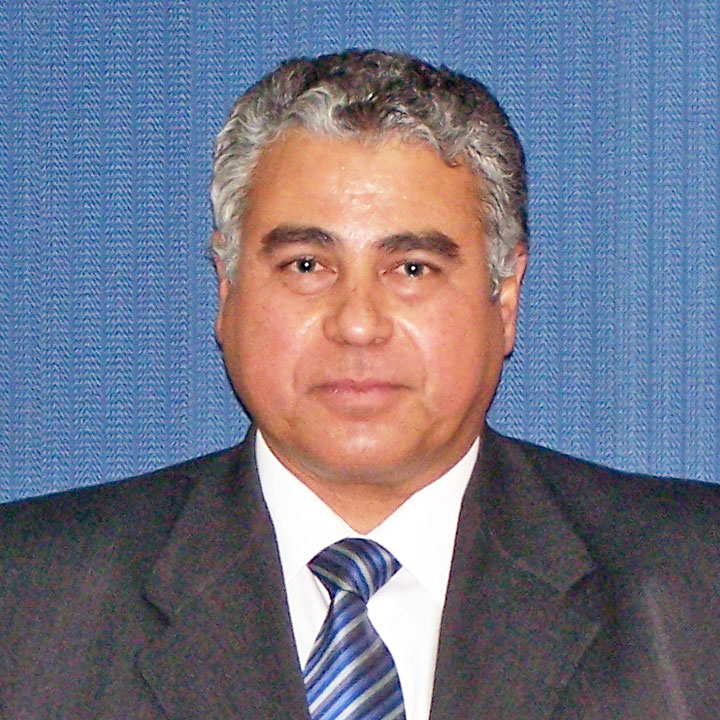 Dr. Amin Wadie is the President Commercial Operations.  Dr. Amin holds a Bachelor’s Degree of Pharmacy from Cairo University with honors. He has 31 years of rich and diversified experience in Marketing & Sales starting by Bristol Myers, followed by Farmitalia Carlo Erba Middle East,  then Pfizer where he was Regional Marketing Director for Middle East. In addition to a proven, successful and strong track record in all Middle East markets where he had a leading role in growing the business by six folds from 1998 to 2008. 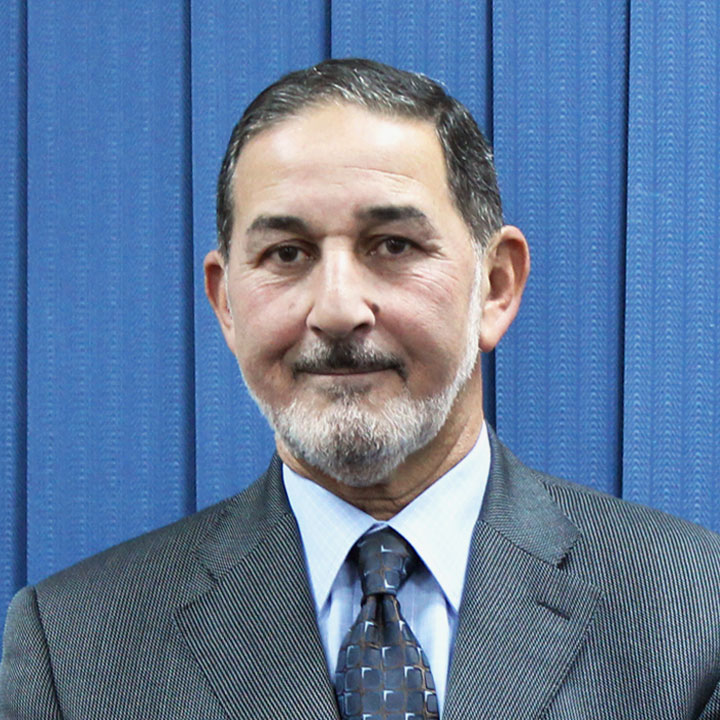 Mr. Wahid Helmy Hafez was appointed to the position of VP. And Chief Financial Officer in Amoun in December 2014. Mr. Helmy has an extensive and rich experience working in the field of Finance for pharmaceutical companies.

The majority of his career was with Pfizer where he was employed from 1976 through 2009, his last position with Pfizer was the Regional Finance Director for the Middle East Region. From 2010 and until September 2014 he was the Group CFO for Sigma Pharmaceutical Companies.

The span of business with Pfizer for the Middle East was 14 countries including Egypt, Saudi, Gulf, Levant and Iran, with an annual revenue of $450 Million. It has 45 agents across the Middle East and a manufacturing facility in Egypt. Sigma Group consists of 2 companies in Egypt, a company in Switzerland and 2 new Pharmaceutical projects in Algeria and Sudan. 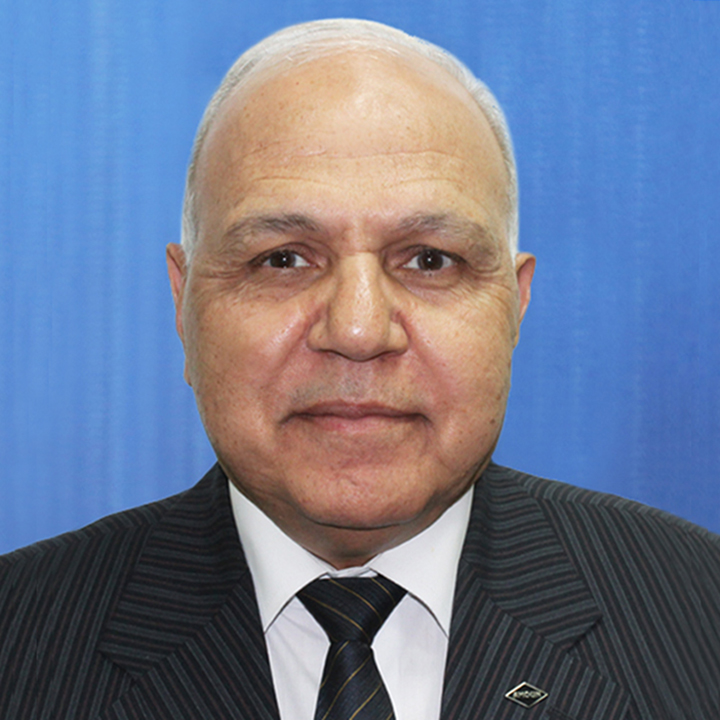 Mr. Rabie Nasser was appointed as Vice President Business Technology and Management Systems in December 2012. Mr. Rabie has a university degree in Finance from Ein Shams University and several post graduate studies and certificates in Computer Sciences and business administration from the American University in Cairo (AUC).

During his long career with Pfizer, Mr. Rabie has played a pivotal role in the Leadership Team of the Company with steadfast achievements, visionary strategies, and valuable guidance. Rabie has taken many bold steps that resulted in valuable successes not only for the Africa and Middle East region but also for Pfizer as a whole, Building a highly professional BT team in his region provided the Company with a highly efficient business tool that enabled management and staff to achieve their business goal with accuracy and in a timely manner. During career with Pfizer, Rabie played an instrumental role in achieving a thought process for all business partners in order to achieve results and growth. Being a true business partner at all levels of the Company, Rabie is seen as an icon of true success and dedication, undoubtedly this has contributed significantly to overall success of Pfizer’s business in Africa and Middle East. In 2004 Rabie was selected by the Arabian Computer News Magazine (ACN) as the Middle East Region IT manager of the year.

In his new leadership role with Amoun, Mr. Rabie will be responsible for developing, enhancing and automating a systematic approval process of the company’s management systems while being actively involved in building a highly professional BT team within Amoun that will be a true and trusted partner to all functions across the company. 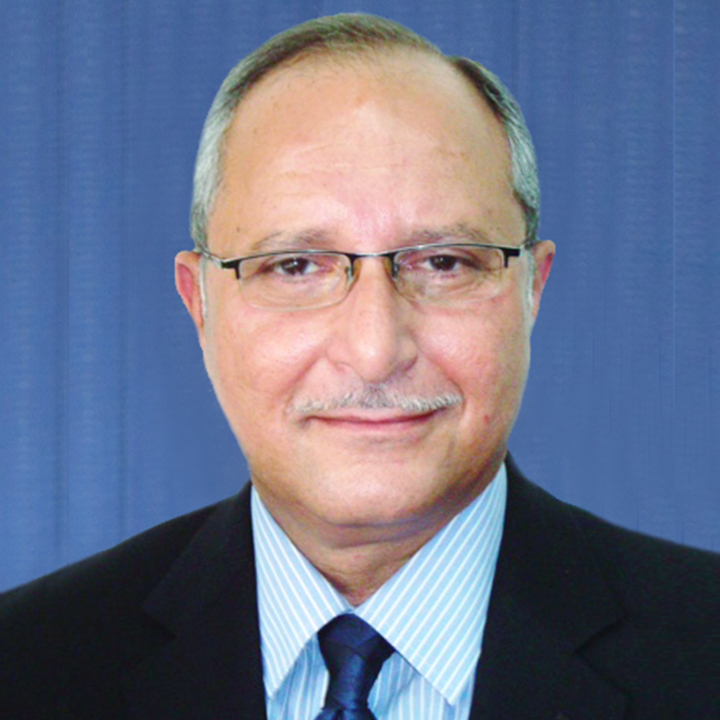 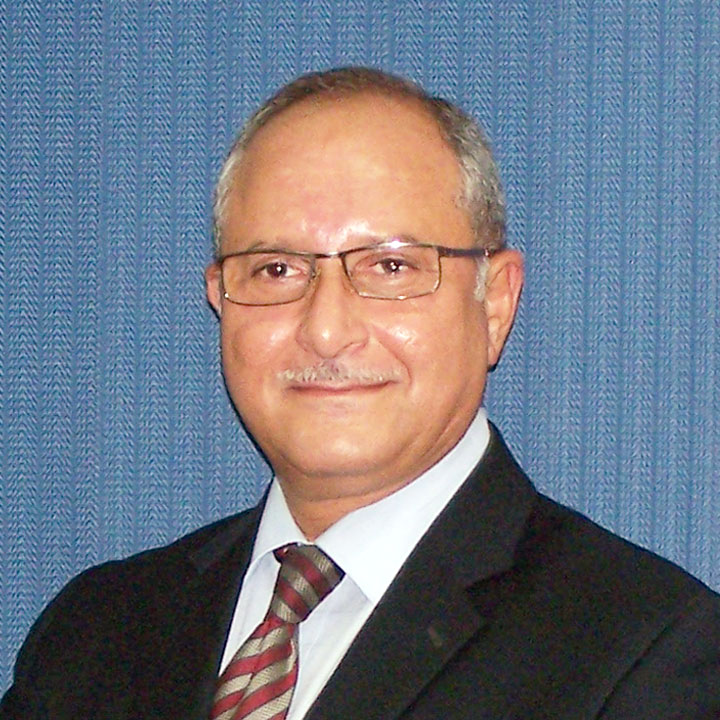 Mr. Hazem Badr, Vice President Legal & General Counsel & Chief Compliance Officer studied law at University in Kuwait and was admitted to the Egyptian Bar in 1984. Throughout his career he has lived and worked in the UK, Kuwait, Singapore, Malaysia, Hong Kong, Egypt and the US.

Prior to joining Amoun, Hazem worked for The Commercial Bank of Kuwait for five years leaving when the country was invaded in 1990 by neighboring Iraq and for the next nine years he worked in a law firm that he and others established, basing themselves out of Singapore, Hong Kong and Malaysia advising local and international businesses that are involved in trade transactions in the Middle East & Africa.

In 1999 he worked as General Counsel and Joint Secretary of the Board of Directors for the Saudi Savola group and remained with them in Cairo until 2003 where he was approached by Pfizer Inc. to hold the position of Regional Legal Director Middle East region. Hazem was later promoted to the position of Regional Counsel reporting into the Chief Counsel, Emerging Markets supporting Pfizer’s Africa and the Middle East region. Hazem remained with Pfizer for seven years until 2010 where he resigned in order to form his own practice.

In 1999 he worked as General Counsel and Joint Secretary of the Board of Directors for the Saudi Savola group and remained with them in Cairo until 2003 where he was approached by Pfizer Inc. to hold the position of Regional Legal Director Middle East region. Hazem was later promoted to the position of Regional Counsel reporting into the Chief Counsel, Emerging Markets supporting Pfizer’s Africa and the Middle East region. Hazem remained with Pfizer for seven years until 2010 where he resigned in order to form his own practice.Following his leave from Pfizer, Hazem continued his career as an Independent General Counsel and was involved in many major contracts with various local and international pharmaceutical companies.

Hazem has a strong corporate General Counsel background gained both regionally and internationally. He has managed teams of in house and outside legal counsels. 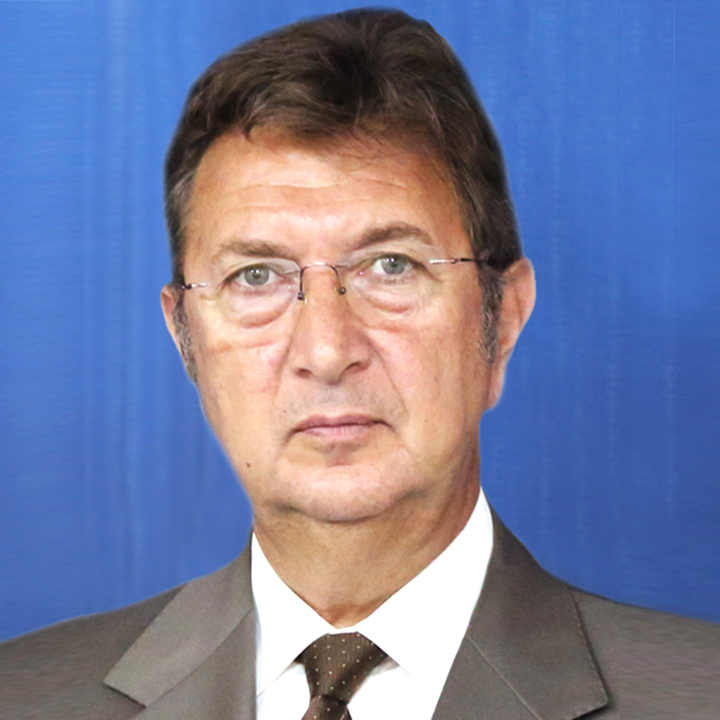 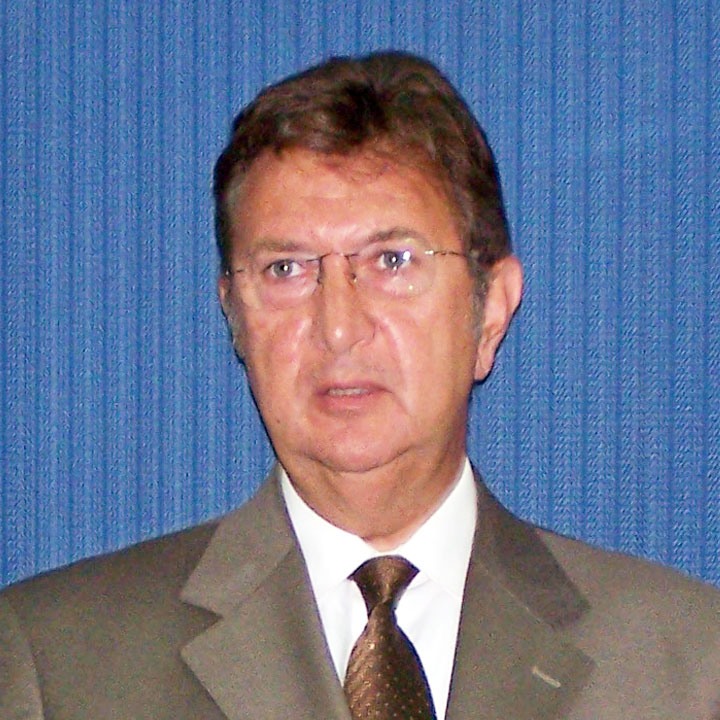 From 1990 through 2001, Mr. Kamel assumed the position of V.P. of Human Resources with Repsol Exploracion Egipto S.A. and from 1981 through 2001 he served with Conoco Egypt Inc. as its Assistant Budget Manager and Assistant Administration Manager. Mr. Kamel is a 1980 Graduate from the American University in Cairo majoring in Economics. 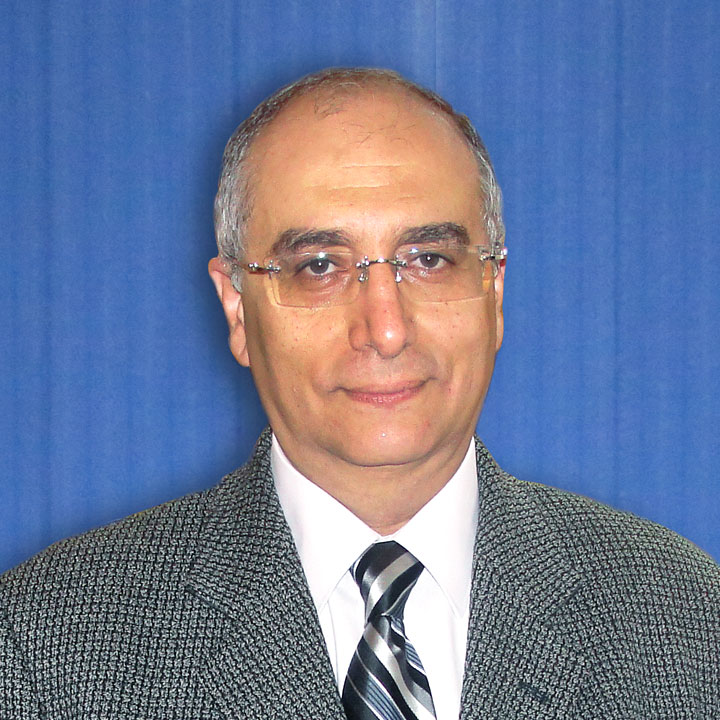 Dr. Ashraf Habashy leads the Procurement Directorate in order to plan, guide and control purchasing activities and ensure the availability of all company needs of materials, supplies, packaging, equipment, and spare parts with the required specifications and quantities, at the right time, and with reasonable costs. Dr. Ashraf is considered a patron of the real talent.

Dr. Ashraf joined Amoun in 1983 as a medical representative; from this point forward he proves to be one of the company’s great assets which lead to a sequel of promotions:

Resulting in leading the internal and external Procurement functions, with almost 26 years of experience. He manages his relations with Local & Foreign suppliers, banks, logistics and Customs authorities.

Dr. Ashraf has a Bachelor Degree in Pharmaceutical Science, a Diploma in Management from Sadat Academy and a Supply Chain Certificate by APICS. 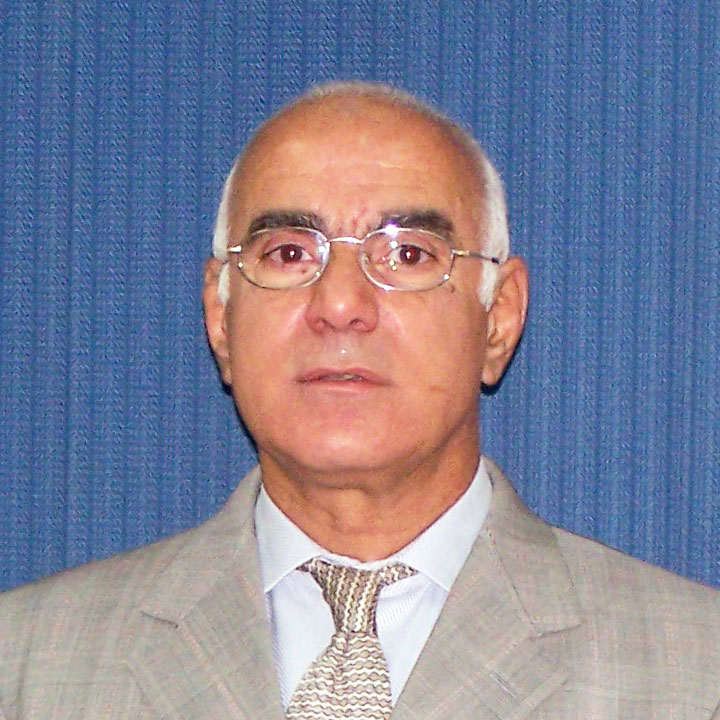 Dr. Ahmed Alraie leads regulatory science directorate through preparation, filing ANDA and liaison and negotiation with Competent Authorities (CAs) on matters related to drug development issues and Labeling development and Regulatory input in drug development, Submissions and Variations, Line extensions and Renewals and All communications and negotiations with CAs related to registration and maintenance of registrations and labeling preparation, Regulatory Compliance (Labeling compliance, Product compliance) All regulatory obligations related to recalls, withdrawals and complaints, Regulatory representation to trade association, Interactions with CAs on horizontal regulatory matters and Survey and interpretation of legislation evolution.

Before joining Amoun, Dr. Alraie worked with Bristol-Myers Squibb Company, and with almost 30 years of experience, where he held numerous positions of increasing responsibilities, In his last assignment with; Bristol-Myers Squibb Company he was Senior Director, Regulatory Affairs & Business Development for Egypt, Middle East, North Africa & Iran Dr.Al Raie has a bachelor degree in pharmaceutical science. 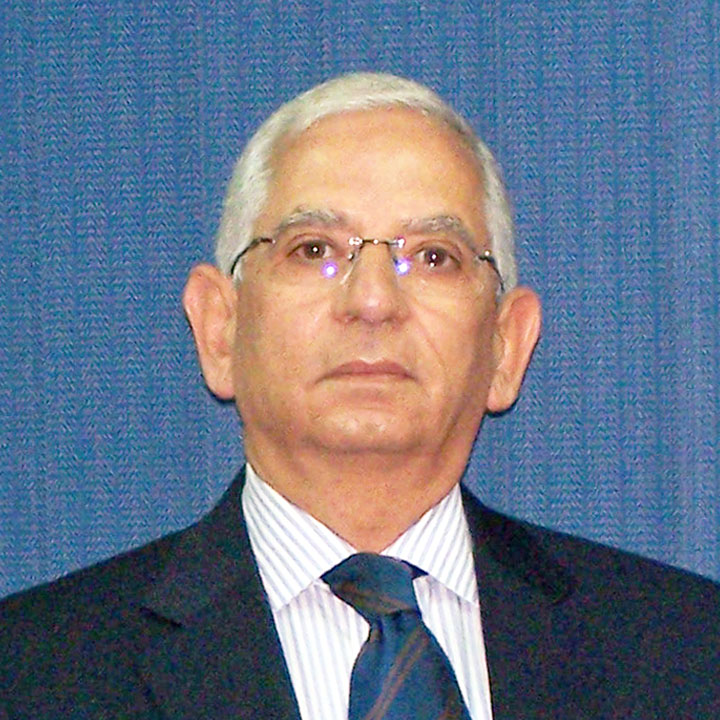 Dr. Helmy Hamada, Sr. Director Business Development in Amoun since April 2013, studied Pharmacy in Alexandria University. Helmy’s career started with Pfizer in 1980 as a professional sales representative in Saudi Arabia. In 1982 he was promoted to a sales manager. In 1992 Helmy was given the responsibility as a regional regulatory manager based in Cairo, he was later promoted in 2005 to the position of Director for regulatory operation reporting to the Middle East regional Director.

In June 2009, he was further promoted to the position of Director Regulatory Affairs and Pricing for Africa & Middle East reporting to the Regional President of Africa & Middle East. During such period, and as a member of the Leadership Team, Helmy was responsible for all cross functional teams and business partners to provide strategic insight, analysis and recommendations to the regional Leadership Team, senior management and staff on all company product portfolio and new business projects that aim at driving the business growth. Helmy consistently provided hands on support in all activities related to new business opportunities, marketing activities, regulatory affairs issues and pricing policies and strategies.

Amoun Pharmaceutical Company S.A.E. (“Amoun”) is an Egyptian “closed” Joint-Stock Company established in 1998 under the laws of the Arab Republic of Egypt, with a fully paid-up capital of 1.4 billion Egyptian Pounds. Amoun’s main business includes development, manufacturing, marketing, distribution, and export of a wide range of human pharmaceutical and animal health products.